An Interview with Kyle Johnson

Kyle Johnson is a young activist in Zanesville, Ohio. He recently helped lead a Black Lives Matter march in Zanesville along with fellow activist, Melissa Dickinson. The march stretched from Zanes Landing, ended at the courthouse, and lasted two and a half hours. The protest included speeches by activists and participants, poetry readings, and a moment of silence to honor all who have lost their lives to police brutality.

1. What motivated you to turn your Zanesville High School graduation cap into a social justice statement?

It wasn’t motivation, as motivation is encouragement, but my best answer would have to be something new! I have spent years remembering those who have lost their battle with injustice and racism, but to remember as a solidarity for myself and break the cycle of no Dissent or protest at my school! 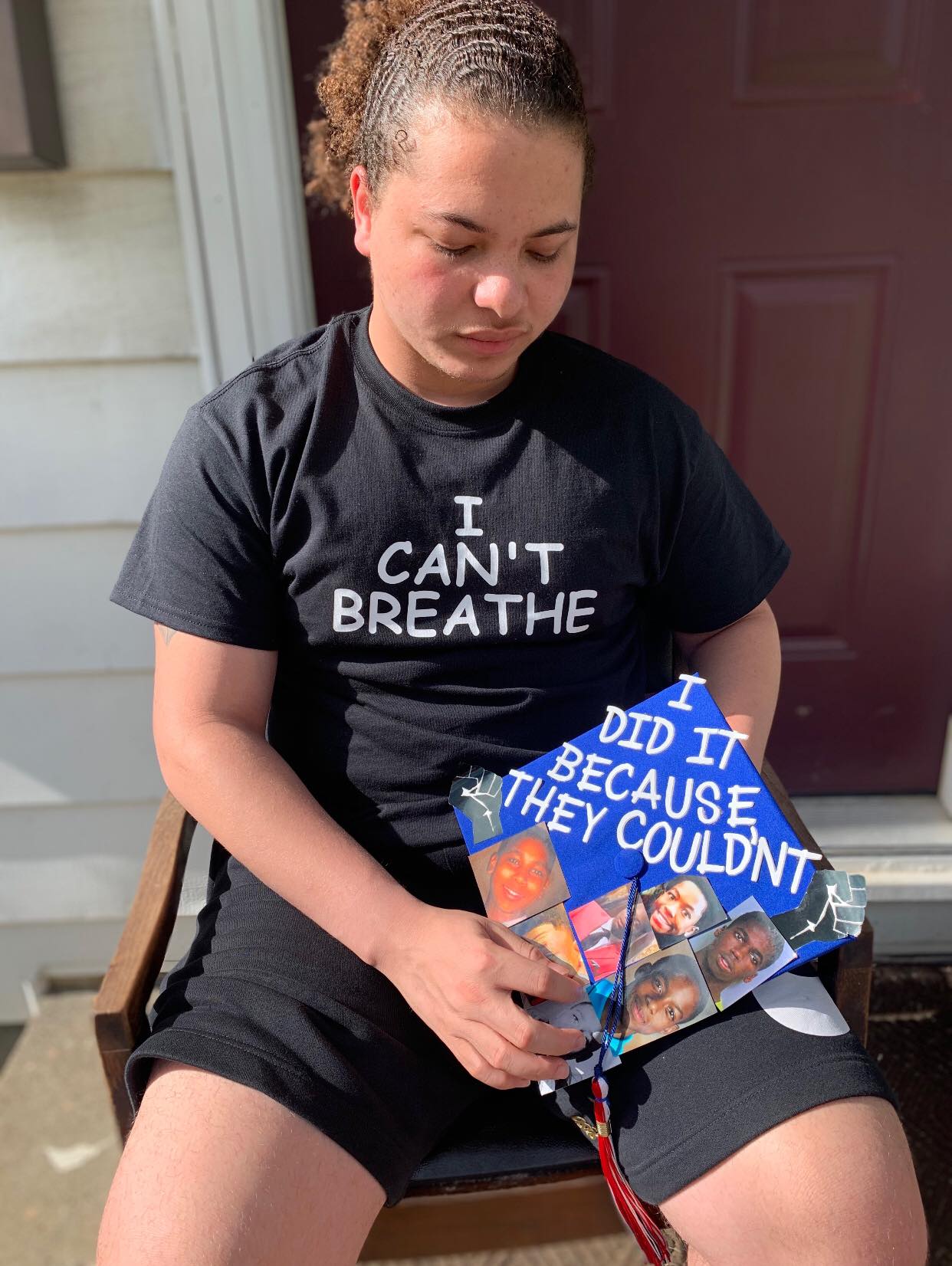 2. Last summer you started with your high school friends a community organizing group called The Voice of the Youth of Zanesville. What are you most proud of that this group accomplished?

Being honest to each other no matter how hard it may be. We never had a discussion with held in emotion, as we lay it out and identify it as it is whatever it may be-From the education system to the criminal justice system, for we ask each other do we know what it feels like to truly lose someone from either government establishment. We relate and grow together through similar pains faced.

3. What community organizing are you doing now in Zanesville?

I am currently on the leadership on Think Tank on Poverty, and working on a homeless grounds team! There is so much to do and discuss through this civic nonpartisan group! We are also planning a candidates forum for the upcoming general election!